Strict enforcement of individual property rights, on the other hand, is a more objective and predictable principle upon which to settle disputes. Property rights are established in the manner described above, with the earlier established use prevailing..


Libertarians would have enforced individual property rights in the case of the paper mill, in the case of the homemaker hanging laundry on the line, and in the case of your lungs. Courts should vindicate any claim you may have against any polluter and award you damages. The trend of the 19th century was for courts not to do so, thereby enabling the proliferation of pollution. The trend of the 20th century has been to promulgate regulations to prevent pollution, rather than return to enforcing property rights. I believe this is an example of one of the underlying tensions between libertarians and non-libertarians: Whereas libertarians would rather deter harmful conduct by vindicating claims retroactively in court, non-libertarians would prevent harm proactively with regulation.

Both strategies have merit, but I believe non-libertarians consistently fail to acknowledge the high opportunity costs of regulation. Many businesses that would create many useful things for many people are either shut down or never start up on account of regulation, and the harm averted through regulation is often overstated. This is a great boon to wealthy corporations who enjoy the reduced competition when start-ups that can not afford to abide by the regulations are put out of business. The libertarian strategy would allow these start-ups to continue, to innovate their own solutions to the problems of nuisance and pollution, and hold them strictly accountable if harm results from their failure to do so.

I believe there are some few situations in which strict enforcement of property rights is impractical.


If some few identifiable factories create a known pollution problem, bringing them to justice is relatively straightforward. On the other hand, when innumerable perpetrators each contribute tiny transgressions that aggregate into a larger problem, I recognize that bringing them each to their tiny individual justices presents a logistical problem where resources for administering justice are limited.

Pollution from automobile exhaust is the prime example when it aggregates into smog and climate change. The first time I heard of this policy was in a Mises Institute podcast by the libertarian economics professor Walter Block. He advocated the policy as a market substitute. So long as the market fails, a market substitute should be the next best option. When the policy later came into public prominence, I was surprised to see opposition to it from conservatives and libertarians, but I probably should not have been.

I know Ron Paul came out against it. I am not a climatologist, so I avoid opining on that subject. I believe instead that thoughtful libertarians who have not studied climatology should have a set of principles ready to apply in the case that the climate science on global warming is true, in addition to the case that it is false.

In my observation, logistical problems arise in this special case of aggregation when attempting to enforce an otherwise noble and beneficial theory of property rights. I think progressives err, however, by taking this principle of aggregated harm too far and using it to justify all manner of injurious interventions.

This is a mistake.

Our service is closed now.

I maintain that the vast majority of rights violations involve a limited number of identifiable perpetrators who should be brought to justice as individuals before the public should call upon government to impose a one-size-fits-all regulatory burden on all perpetrators and non-perpetrators alike. You would like to be left alone to enjoy clean water, and have lamented the dumping of oil and carcinogens onto public beaches.

I agree that pollution of waterways is unfortunate, but the problem as I see it is that the government, having decreed itself to be the owner of the rivers and oceans, has failed diligently to enforce its own self-granted property rights. The government should relinquish these rights to private parties who would better enforce them. Citizens will always demand to enjoy clean water.

In the marketplace, businessmen should earn profits by servicing that need, and the businessmen who do will have a direct interest in diligently policing the waterways that they have put to that use. Their livelihoods will depend on it. In one famous incident, the government encouraged deep water off-shore drilling in the Gulf of Mexico, where underwater problems would be more difficult to solve, by offering discounted leases to oil prospectors to drill in these areas.

The government oversaw regulation of the drilling,which many critics described as lax. The government limited oil company liability by law, almost as if the government was disinterested in enforcing its own self-granted property rights. I believe this is not a shortcoming of any particular political party. I believe that electing more democrats or more greens will not solve this problem, although that might help. The best solution, from the libertarian point of view, would be to put these waters under the direct control of the people whose livelihoods directly rely on their being clean and enjoyable.

This entailed, among other fanciful things, a review of the journals of Lewis and Clark for their assessments of the navigability of the waters. Libertarians would credit and respect the earliest established use of the rivers and disallow later conflicting uses. Regarding river pollution, I believe many of our more harmful toxins were developed after uses for the rivers have been established, and private owners of the rivers should have had greater standing and reason to challenge the harmful dumping of chemicals in them. You would like to be left alone to eat clean, GMO-free food.

This claim of right is not like the others, each of which involve some element of a commons or a public good. P 36 a 3 for failure to respond and could be used to support factual findings as appropriate. Big props for joining with them. Btw, got a phone interview on Wednesday for Sr.

Graphic Designer position, most likely for a facebook game. They really liked the HOA stuff. I said that I could only show them certain things that I told them were pre-release, and a few promo pics. I told them I can't tell them anything about the promo pics. If they ask for a reference, can I give them your number and you hype me up as a great employee?

Carefirst of Maryland, Inc. FirstHealth of the Carolinas Inc. Invest America, 5 USPQ2d , TTAB defendant seeking to cancel the pleaded registration on ground of descriptiveness or genericness in an opposition based on likelihood of confusion need not allege that it has an interest in using the term sought to be cancelled ; 5 October is the date Vujovic claimed as his first use of the OCTOP mark in commerce in connection with claimed services in International Classes 41 and Aron Corporation v.

American Can Co. Cancellation claim: Vujovic was not the rightful owner Both of these proceedings basically boil down to an ownership dispute between Ramona LaFountain and Aleksandar Vujovic. Yet, the evidentiary record is fairly thin gruel. Vujovic and LaFountain began working together in Since , the continuing business that is the Octop corporation was the work of Ms. LaFountain, although Mr. Vujovic continued to claim source-identification rights in the Octop designation that he had coined. Vujovic filed his trademark application almost nine months later — on June 3, At the point of final decision in the cases at bar, with so little factual evidence of record, one most critical fact is that although the Vujovic later-filed application should have been held up pending a determination on the conflicting, earlier-filed Octop application, it was sent to publication and then issue.

As for the conflicting applications that have later effective filing dates, the assigned examining attorneys will suspend Opposition No. Having his federal trademark registration in hand, Vujovic is entitled to the presumptions of Section 7 b of the Act, including the validity of his registered mark and of the registration of the mark, of his ownership of the mark, and of his exclusive right to use the registered mark in commerce on or in connection with the services specified in the certificate.

Driving Around and a Trip to the Auto Wreckers

In view of the foregoing, the Petition for Cancellation is denied. As noted earlier, Opposer bases the opposition on priority and likelihood of confusion. The record The record in the opposition includes the pleadings, and pursuant to Trademark Rule 2. Neither Opposer nor Applicant took any testimony. One of those questions being whether you were for or against Obamacare. If you answered no, you did not get an invitation.


The majority of folks attending the meeting had arrived far earlier. We knocked on the door and asked if we could be admitted. We were told "no". A second time, someone smartly slipped the person a note to be delivered to Senator Al Franken. It asked that the crowd of voters outside be permitted to meet with him after his "town hall" was over. The shocker to this story was as follows. 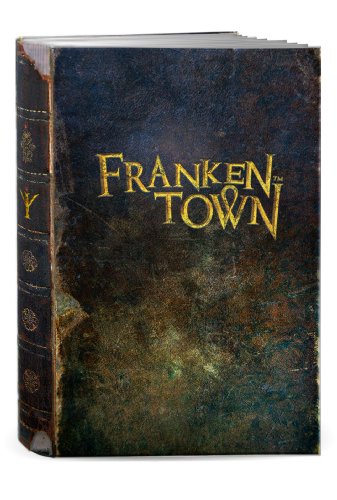